Posted on November 27, 2015 in Dreams, » Binaural Beats | Comments Off on Conflict, by Anne Tara 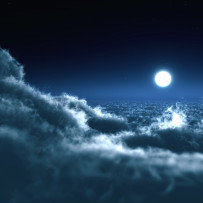 I used the Lucid Dreaming mode on the Ananda app for this experiment. The tones brought me to a light sleep. The app woke me up with a chime when my 30 minute session was done, at which point I took off my headphones and fell into a deep sleep.

My dream was long and seemed to continue most of the night, continuing even after I woke up and fell back asleep several times.

I spent the entire dream in or directly outside of a large building with lots of rooms – like a hotel – with lots of my friends. The dream was detailed and complex with many scenes. Here are the parts that stand out the most:

I’m in what looks like a dance club, standing at the bar with a friend getting drinks. I write down a few Japanese characters on a napkin and show them to her. She appears dismissive. I go back to join our friends on the dance floor, but feel separated from everyone.

I’m standing outside of the building with a group of people. It’s night and there’s a full moon. A man in a cloak is asking us deliver something for him. I’m not interested in taking on the job but am curious enough to keep listening. He starts throwing sacks of gold coins to people in the group. He throws me a single gold coin, which I catch. “Shoot” I think, “Do I have to work for this person now?”

Back in my room, there’s a knock at the door. A young man with a shaved head and a black hoodie tells me that because of some rules we’ve both agreed to he’s got to come back and try to beat me up – but not to worry, the attack will only last for 5 minutes. He appears later in the dream as a zombie. A battle ensues in which I hit him in the knee with a chair. I’m able to withstand the attack and feel relieved.

I’m in my room again, later, having an awkward phone conversation that I need to have with a friend in real life. The conversation goes really smoothly in the dream – and when I wake up I feel more prepared to handle the real life situation.

It’s interesting to me that all of the scenes I remember from this dream, while not necessarily enjoyable, clearly helped me process matters I’m experiencing in ‘waking life’.