Posted on May 16, 2016 in Musings | Comments Off on About Liminal Dreaming 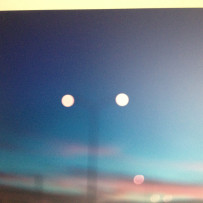 Liminal Dreaming is a method of working with hypnagogia and hypnompompia, those floaty and sometimes uncanny trance states we pass through as we fall into sleep at night and climb towards waking in the morning. Such hypnagogic and hypnopompic visions—together called hypnoidal dreams—surf the line of consciousness, and they also emerge during delicious naps and delirious fatigue.

My interest in liminal dreaming arises from my own incredible explorations of these spaces. Over my fifteen years of working seriously with dreams, I discovered an ability to dream while still physically awake. The experience lies somewhere between thought and hallucination, as the meandering mind rehashes and remixes abstract ideas and memories while slipping in and out of the visionary animation of the dream. In this edge realm between conscious and unconscious, there’s the possibility of encountering our own visionary mind without the heavy hand of the ordinary ego, but also without simply reacting to whatever unusual things happen in the fully dreaming world.

Hypnoidal dreams happen during flux periods in the nervous system, when brain waves jump around from one settled state (Alpha, Theta, REM) to another as we fall asleep or wake up. Betwixt settled states lies the liminal dream and its host of hypnoidal mind states: the strange faces seen as we slip into sleep (hypnagogia); the thoughts that drift across the border into dream and back again while you slowly wake (hypnopompia); involuntary jolts of the body (called myclonic jerks); remarkably realistic and uncanny auditory experiences; the bizarre thrills of sleep paralysis when your still waking mind realizes it’s in a paralyzed and dreaming body.

Liminal dreaming is about exploring this crepuscular space, and it is a practice that can be cultivated. Much like lucid dreaming (but considerably easier to learn), liminal dreaming has a rich history. From Tibetan Buddhists to Salvador Dali to August Kekulé, who discovered the benezene ring in hypnagogic dream, liminal dream practices have been developed and used across time and cultures.

If you’re interested in pursuing extraordinary states of mind, experimenting with your own wondrous consciousness, please click here and give my liminal dreaming exercises a try.

Write and tell me about your experiences!