Avoiding the Lion, by Phoenix 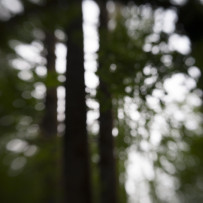 I had a few dreams. One, at 7:03 in the morning, was a sort of camp scene and the group of us—which was sort of the whole group of us even though I was home sleeping alone in my room and participating remotely in the Oneironauticum—were being challenged to see who could get the most juice of out these different fruits and vegetables. We were sectioned off into the groups that handled the different fruits or vegetables and I had tomato and I couldn’t find the tomato group and so I would ask people in different groups like the papaya group, “Where is the tomato group?” There was an unwillingness to share where I was supposed to be. So, finally I said, “Fine, I am just going to use a fork to get the juice out of the tomato.”

In an earlier dream, at 2:11 in the morning, there was a lion in the room with me and I was being held prisoner, sort of, in a lower part of the room, and as I looked around I thought, “Oh the lion, that’s his part of the room and this is my part and I will be fine,” but then I thought, “Well actually he can just jump over here and climb on top of me and eat me in the middle of night” and so no matter where I went in the room I wasn’t really able to cut off access from the lion. Then I realized the lion actually didn’t seem to be vicious in any way. He wasn’t actually interested in me at all as far as like food or even as a friend.

I ended up climbing out of the enclosure and going down through these streets where the society was built on a real simple foundation and I came to a creek with tools in it for the work of the family who lived right there in this little shack. I was messing with the tools and then some of them were swept down the stream and they seem to be things to catch tiny shrimps.