Minutes of the December, 2016 Oneironauticum

Posted on December 2, 2016 in Event Reports | Comments Off on Minutes of the December, 2016 Oneironauticum 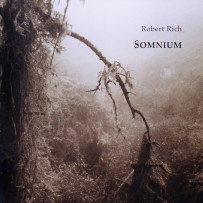 For this Oneironauticum, we worked with an auditory oneirogen, Robert Rich’s electronic music score Somnium, a soundscape designed to promote vivid dreams. Dreamers were able to join us from anywhere simply by playing Somnium wherever they were sleeping.

Somnium is a seven hour psychoactive electronic music piece arranged to match up with the phases of sleep. Electronic musician Robert Rich started giving live, all night concerts for sleeping Bay Area audiences in the early 1980s. During these sessions, Rich would alternate playing active sound with what he called “slow foggy textures and strange ambient sounds”, timed to accord with the regular cycles of dream-rich hypnagogic and REM sleep. The music was specifically designed to increase the intensity and recall of dreams, in part by keeping dreamers closer to the border to wakefulness during sleep. See Robert Rich’s liner notes for his comments on the piece.

There were a wide range of responses to the soundtrack. For some, the music was very strong and effective, leading to very clear, lucid dreams, several with strong somatic themes. Other people remembered very little, if anything of their dreams. One reason may have been that the gathering space in Oakland was downtown, and the sounds of the city were quite audible throughout the night.

You may purchase a digital album of Somnium here if you are interested in experimenting with this powerful oneirogen. On the same site, you can purchase another piece by Robert: Perpetual, a companion dream soundscape.