Home » All » Minutes of the August, 2014 Oneironauticum

Minutes of the August, 2014 Oneironauticum 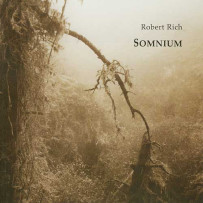 This special Oneironauticum was part of an event called Resonance, put on by GuruLab at the Katzen Kultur Klub in Los Angeles.The event began with candlelit yoga led by Ashley Jean Nelson, held to live slow metal, played by Warlocks member and soundscape artist JC Rees. Next, Oneironauticum founder, yours truly, Jennifer Dumpert, gave a talk, “Sleep Cycles and Dream Habits”, which included information about the brainwave patterns and regular rhythms involved in a night’s sleep. Spiros Antonopolus led participants in pranayum breathwork as we settled down to sleep. Then, beginning promptly at midnight, we slept to Robert Rich’s 7 hour composition Somnium.The composition was available via this Oneironauticum website, so remote participants were able to stream the music, starting at the same time as the people sleeping in the same, so that participants around the world all slept to the same soundscape. In the morning, we shared dreams over chai. Remote participants joined the session via skype to share their dreams with the group.

Robert Rich’s seven-hour composition <em>Somnium</em> is a psychoactive soundscape arranged to match up with the phases of sleep and promote vivid dreaming. The music is composed around the normal sleep cycles we all pass through during the night (reviewed during the talk). If the sound wakes you up, stay relaxed and allow yourself to drift on the music, which will soon lull you back to sleep. Our thanks to Robert Rich for allowing us to stream Somnium free of charge for our remote participants. You might want to read more about Robert Rich or learn more, or buy Somnium.

As usually happens when we use music as oneirogen, Oneironauticum participants (including remote participants) had each other in their dreams. Many of our dreams involved food, and the space in which we were sleeping.