Home » All » Minutes of the November, 2015 Oneironauticum

Minutes of the November, 2015 Oneironauticum

Posted on November 27, 2015 in All, Event Reports | Comments Off on Minutes of the November, 2015 Oneironauticum 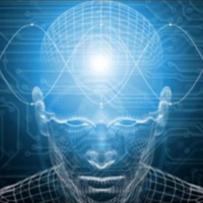 For this Oneironauticum, we worked with binaural beats. Although they’ve been around since the 1970s, binaural beats are currently undergoing a resurgence of interest thanks to the proliferation of phone apps that provide the experience. Binaural beats work by entraining brain waves using a smartphone app used with headphones. When two different frequencies enter the head through the right and left ears via headphones, the brain synthesizes the difference between them. If you hear one tone in one ear at 100Hz and another in the other ear at 110Hz, the brain will recreate these tones in the brain at 105Hz, with a wave that rises and falls at a rate of 10Hz. That supposedly creates a 10Hz beat in your head. Using this method, binaural beats are used to create a brainwave pattern that simulates or triggers a brain state; in this example, 10Hz is an alpha state – relaxed but alert awareness. Similarly, binaural beats can be used to simulate or trigger dream states, like hypnagogia or REM. Some apps claim to be useful in inducing lucid dreaming by simulating Theta, which increases the chances of relaxing quickly as you fall asleep and hold onto conscious awareness.

People worked with a wide range of apps for binaural beats. There were a wide range of responses. For some people, the effects were strong and very effective, for other people not as much. The particular app used seemed to make less difference than the setting used. Overall, the hypnogogia and basic REM settings seemed to produce the best effects. People, such as yours truly, Jennifer Dumpert, had very good luck with hypnagogia settings. Everyone who used such settings reported good dreams. The REM settings seemed to have middling success. Generally, the lucid dream settings proved least effective.

One reason may be that sleeping with headphones proved problematic for most participants. Since the hypnagogia settings are effective used and then removed before going into deeper sleep, the headphone issue matters less.

The range of time people used the app varied considerably, dependent both on person and app. Some apps, such as Brainwave Dream Inducer, advise users to run the program for a minimum amount of time but don’t’ have a maximum. Other apps, such as iDoser, have programs that run for a set amount of time. iDoser has a hypnaogogic setting for hypnagogia. One first runs the program that conditions the brain and then runs the hypnagogia program itself. The two together runs for 27 minutes. This is what I, Jennifer, used and it was very effective.

Click here to read reports of dreams with binaural beats.