Home » All » Minutes of the September, 2015 Oneironauticum

Minutes of the September, 2015 Oneironauticum

Posted on October 31, 2015 in All, Event Reports | Comments Off on Minutes of the September, 2015 Oneironauticum 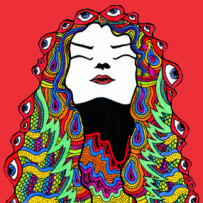 This Oneironauticum was part of the Psymposia conference held in Montreal. I gave a talk on working with oneirogens and cultivating the practice of Liminal Dreaming. Psymposia is a new event production company and network that focuses on use of psychedelics. Compared to organizations/conferences with similar focus, such as the Women’s Visionary Congress or MAPS (Multi Disciplinary Association for Psychedelic Studies), the crowd was young. Many of them were new to this kind of event. I had overwhelmingly positive response to my talk, particularly to the idea that dreams can be used as way of exploring and expanding consciousness.

For people focused on psychedelics, use of oneirogens was a resonant idea. However, the response to the Liminal Dreaming exercises was even more positive. During the question and answer period – a discussion that moved into the next room and continued for long after the talk – conference participants told stories of their hypnaogogic and hypnopompic dreams. Most people don’t know about these dream states, but recognize immediately that they have had them often. Anyone interested in exploring strange mind states is interested in the free associative, non-narrative nature of hypnagogia, and the hazy drift between thought and dream that characterizes hypnopompia. Several people in the crowd also frequently experience sleep paralysis, that often disturbing experience of feeling that one is awake yet being unable to move, frequently then encountering an entity perceived as malevolent. We discussed practices for working with sleep paralysis, described in my list of Liminal Dream practices. In addition to Liminal Dream practices, participants worked with Galantamine.