Dreamers who participate in the Oneironauticum, both in person and remotely, are welcome to post their dreams to this site. To view dreams associated with a particular oneirogen, click the name of the oneirogen to the right. Dreamers from around the world participate remotely, either on their own or also in groups, creating an intentional community of like minded explorers of the wilderness of dreams.

Posted by Jennifer Dumpert on November 27, 2015 in Dreams, » Binaural Beats | Comments Off on Conflict, by Anne Tara 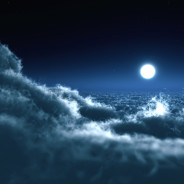 I used the Lucid Dreaming mode on the Ananda app for this experiment. The tones brought me to a light sleep. The app woke me up with a chime when my 30 minute session was done, at which point I took off my headphones and fell into a deep sleep. My dream was long and seemed to continue most of the night, continuing even after I woke up and fell back asleep several times. I spent the entire dream in or directly outside of a large building with lots of rooms – like a hotel – with lots of my friends. The dream was detailed and complex...

Posted by Jennifer Dumpert on November 27, 2015 in Dreams, » Binaural Beats | Comments Off on Hypnagogic Phenomenon, by Jennifer 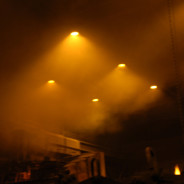 I was surprised by how effective the binaural beats were. I used iDoser hypnagogia and I did that thing where my body falls asleep but my mind stays awake. I was on my back, left hand on my heart, right arm above my head in full surrender, the position in which I have the best dreams. Interestingly, a fire truck went by and I could only hear half the siren. If you can imagine the sound waves rippling up then down, I only heard the downslope of each sound wave. Very strange. I became immersed in hypnagogic images all sliding into each other....

The Boundary of Two Worlds, by John B

Posted by Jennifer Dumpert on November 27, 2015 in Dreams, » Binaural Beats | Comments Off on The Boundary of Two Worlds, by John B

I tried the lucid dreaming setting and found that really annoyed me – gave me a buzzy feeling in my head like too much caffeine – so I switched to the theta REM setting and dropped quickly into hypnagogia. I could hear my voice narrating scenes of things that existed at boundaries and the way they belonged to two worlds and that even if they left the boundary, they’d carry the marks with them. It was mostly physical manifestations – a house in the midst of a very urban neighborhood that was patinated with city grime on...

Posted by Jennifer Dumpert on November 27, 2015 in Dreams, » Binaural Beats | Comments Off on Shark, by John

I *really* like the binaural beats thing; I could feel my mind become very active as soon as I started the app, and was surprised how easily I could sense the left ear/right ear difference – it felt like a whisper in a crowded room that drew my attention. I had a long run of scattered hypnagogic events (not really dreams, just images, coming too quickly to write them down) and then settled in to the dream I tweeted, about the sound of the waves, which was the sound above the binaural beat in the app I used. I was lying on in the sand on...

Posted by Jennifer Dumpert on November 27, 2015 in Dreams, » Binaural Beats | Comments Off on Community Celebrations, by Rebecca

I had a few dreams, all of which included a similar cast of characters. The first dream I was in a hotel room. It had that neutral quality that lacked the intimate touches you would normally find in someone’s home. There were a few people in the room, it had the vibe of a small party with people laughing and chatting. The person who stood out to me was a dark haired man named Tony. He was very cheerful and friendly and at some point he came over to me and laid his head in my lap and gazed up at me with love and adoration. I had this...

The universe comes apart, by John

Posted by Jennifer Dumpert on October 15, 2015 in All, Dreams, » Hypnagogia | Comments Off on The universe comes apart, by John 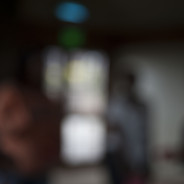 I get a sense of reality shifting, feel as if it is coming undone. I hear the ping of metal fasteners, see that dark panels of sky are sliding aside to reveal bright light behind them, look down at my arm and notice that the hair on it is no longer attached and that it’s losing its shape. I hear distant voices, strain to understand them and know that they are the mechanics of the universe. Bolts and springs, some of them incredibly tiny, fly everywhere as reality tears itself apart.

Posted by Jennifer Dumpert on October 14, 2015 in Dreams, » Hypnagogia | Comments Off on Sound Recording: Hypnagogic Dream 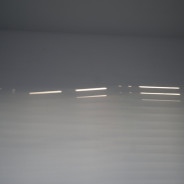 SOUND RECORDING. CLICK IMAGE TO PLAY: I tried to capture a recording of a hypnagogic state for seven months with a voice activated recorder by my head when I napped or fell asleep. I kept trying to narrate the state and I knew I was close, but every time I tried, I woke myself up. I finally captured this one. I’ve been trying for a long time to record another one, but it’s very hard to do. http://oneironauticum.com/wp-content/uploads/2015/10/Recording-Hypnagogic-Dream-2015-07-20-06_18.m4a

Posted by Jennifer Dumpert on June 15, 2015 in All, Dreams, » Hypnagogia | Comments Off on Sexy Succubus, by Polly 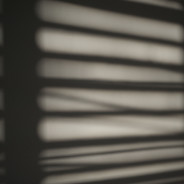 I am enveloped into a dream. The empty void of my awareness pulls me into a reality that is as real as any I’ve experienced. As I rouse from blissful unconsciousness I feel a weight on my chest. Sleepy and unable to move I become aware of a presence in the blackness of the room. It’s a strangely familiar sensation. I know you, I think from the blur of slumber. I become aware of an ecstatic warmth between my legs. There’s a pressure, a pleasure, and I awake fully within a conscious dream to find someone… or something… making love to...

Posted by Jennifer Dumpert on June 15, 2015 in All, Dreams, » Hypnagogia | Comments Off on Cubist Man, by Jennifer 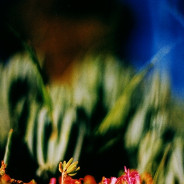 In waking reality, I lie down on a couch at a book launch party for Xenolinguistics. I enter a hypnagogic state. A cubist style man sitting in a chair operates a big industrial looking machine that rotates around, places his glasses on his face, then places a drink in his hand. Then he becomes a large framed painting from the waist up, sitting in a leather wing chair atop the legs of a man. During this hypnoidal dream, I am also listening to my friend Jason, standing near me at the book launch, telling someone about the installation of his...

Posted by Jennifer Dumpert on June 15, 2015 in » Silene Capensis, All, Dreams | Comments Off on Speaking in Glyphs, by John